From Heraldry of the World
Your site history : British Airports Authority
Jump to navigation Jump to search 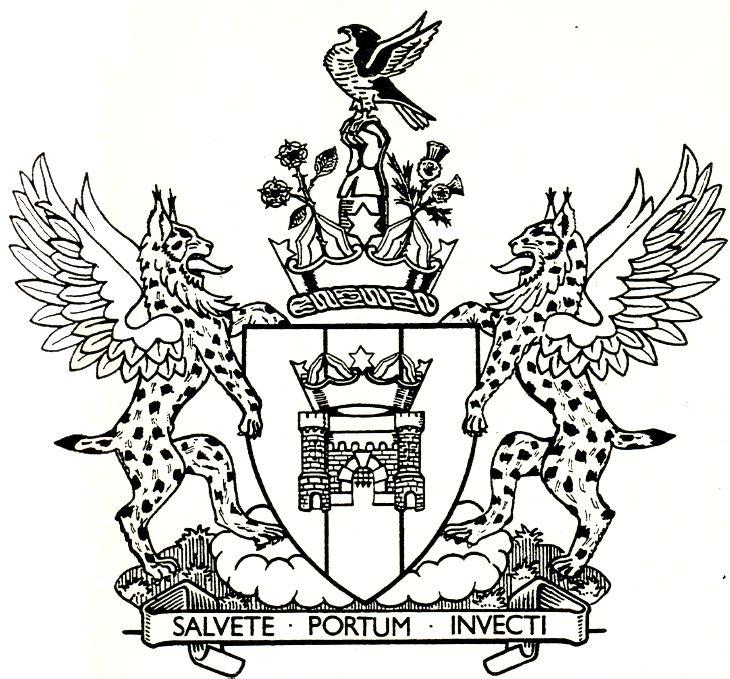 Arms : Azure, a pale argent, over all a port between two towers Or, the portcullis raised sable, the whole ensigned with an astral crown Or.
Crest: On a wreath of the colours, Out of an astral crown Or, between to the dexter a sprig of two roses gules, barbed, seeded and leaved, and to the sinister two thistles conjoined on one stem proper, a dexter cubit arm vested azure, perched on the glove a falcon wings addorsed proper, belied Or.
Supporters: On either side a lynx proper, winged Or, the whole upon a compartment of grass, thereon clouds, proper.
Motto: Salvete portum invecti

If you have any information on these arms Airports Authority mail us !