From Heraldry of the World
Your site history : British Association of Plastic Surgeons
Jump to navigation Jump to search 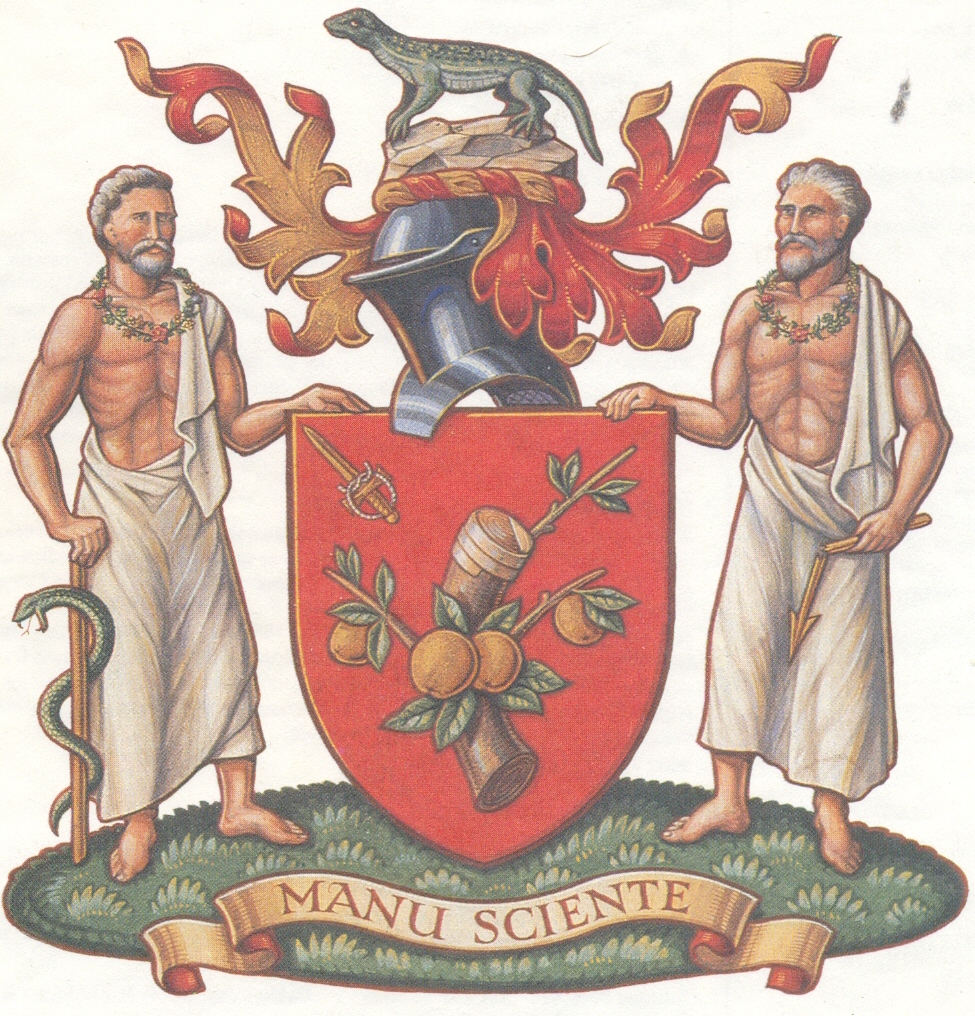 Arms : Gules, the branch of an apple tree, couped and leaved, proper, fructed Or, with a slip of apple tree leaved also proper grafted to the top, in dexter chief a dagger in bend, point upwards, gold, around the hilt and handle a thread loosely tied argent.
Crest: On a wreath of the colours, Upon a rock a lizard proper.
Supporters: On the dexter side a figure representing Podalirius habited in a robe argent, resting his exterior hand on a staff Or entwined by a serpent, and on the sinister side a figure representing Machaon habited as the dexter, holding in his exterior hand a dart broken, the point downwards, gold, around the neck of each figure a garland of flowers of the British Empire.
Motto: Manu sciente.

If you have any information on these arms Association of Plastic Surgeons mail us !

Literature : Image from the Magazine of the Association.