From Heraldry of the World
Your site history : British European Airways Corporation
Jump to navigation Jump to search 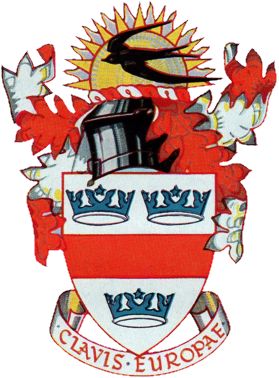 Arms: Argent, a fesse gules between three astral crowns azure.
Crest: On a wreath of the colours, In front of a sun in splendour rising Or, a swift volant sable.
Motto: Clavis Europae

The arms were officially granted on November 9, 1946.

If you have any information on these arms European Airways Corporation mail us !