From Heraldry of the World
Your site history : British Horological Institute
Jump to navigation Jump to search 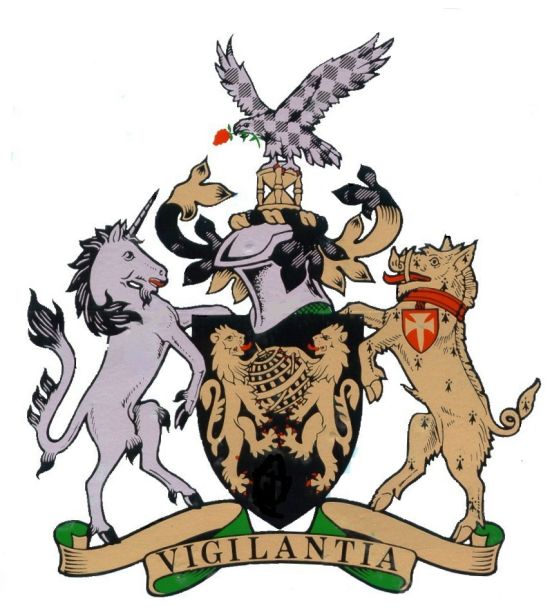 Arms : Sable, two lions counter-rampant supporting an armillary sphere Or.
Crest: On a wreath of the colours, An eagle rising chequy argent and sable, grasping with the talons an hour glass Or, and in the beak a sprig of thyme flowered proper.
Supporters: On the dexter side a unicorn argent, armed, crined and unguled sable; and on the sinister side a boar erminois gorged with a collar and pendent therefrom an escutcheon gules charged with a cross formy fitchy Or.
Motto: Vigilantia

If you have any information on these arms Horological Institute mail us !