From Heraldry of the World
Your site history : British Transport Commission
Jump to navigation Jump to search 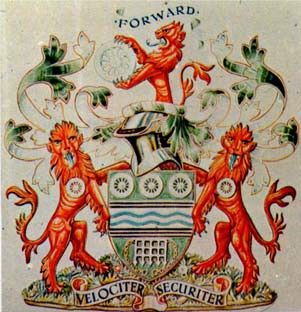 The symbolism is a green field for open countryside; barrulets for railways; wheels for road and rail transport; portcullis for ports and harbours.