From Heraldry of the World
Your site history : British and Commonwealth Shipping Company
Jump to navigation Jump to search 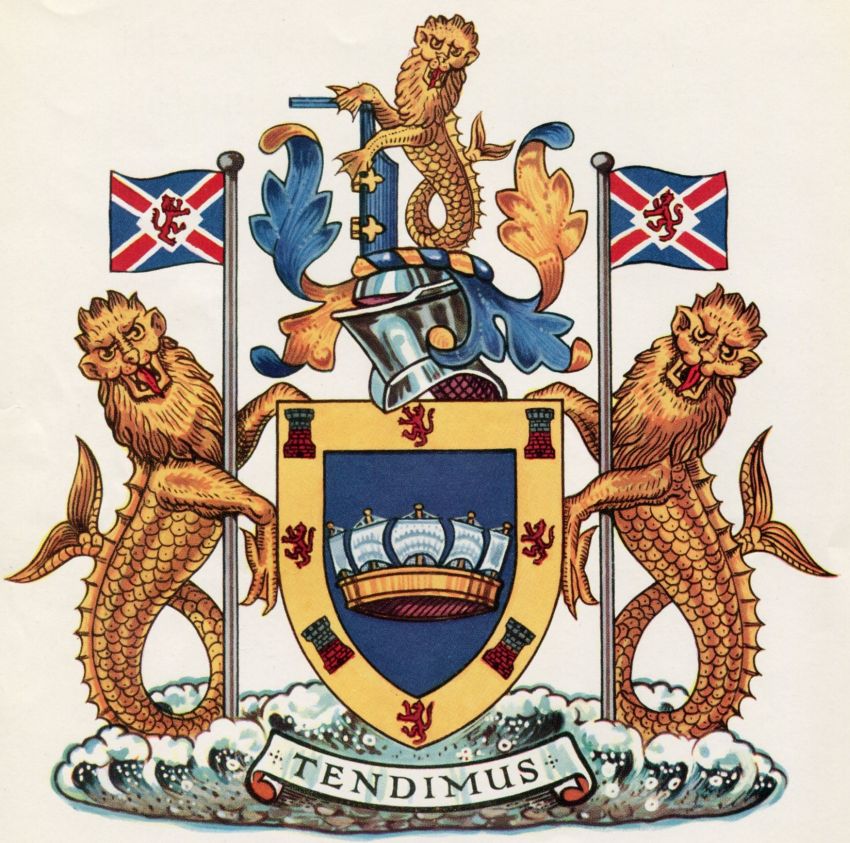 Arms: Azure, a mercantile crown Or, sails argent; on a bordure gold four towers per fesse sable and gules alternately with as many lions rampant of the last.
Crest: On a wreath of the colours, A sea lion guardant Or, sup­ porting a ship's rudder erect, tiller to the dexter azure, garnished gold.
Supporters: On either side a sea-lion guardant Or, supporting a flagstaff proper, flying therefrom a flag azure charged with a saltire argent thereon another gules, and over all a lozenge argent charged with a lion rampant also gules.
Motto: Tendimus

The arms were officially granted on February 20, 1957.

If you have any information on these arms and Commonwealth Shipping Company mail us !