From Heraldry of the World
Your site history : Building Societies Association
Jump to navigation Jump to search 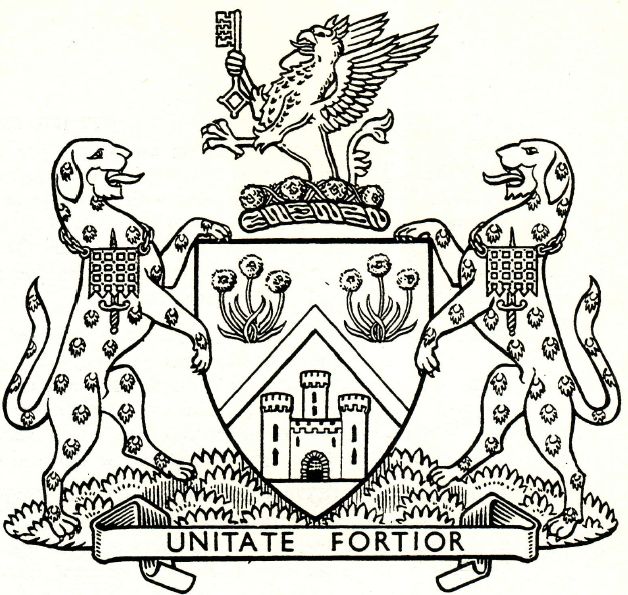 Arms : Per chevron gules and azure, a chevronel argent between in chief two sprigs of thrift Or and in base a castle of three towers, the portcullis raised, gold.
Crest: On a wreath of the colours, Issuant from a wreath of thrift proper a demi griffin Or, grasping in the dexter claw a key erect, wards upwards and outwards gules.
Supporters: On either side a talbot pean charged on the shoulder with a sword erect gules surmounted of a portcullis pendant from the neck by the chains Or.
Motto: Unitate fortior

If you have any information on these arms Societies Association mail us !