From Heraldry of the World
Your site history : Campbell College
Jump to navigation Jump to search 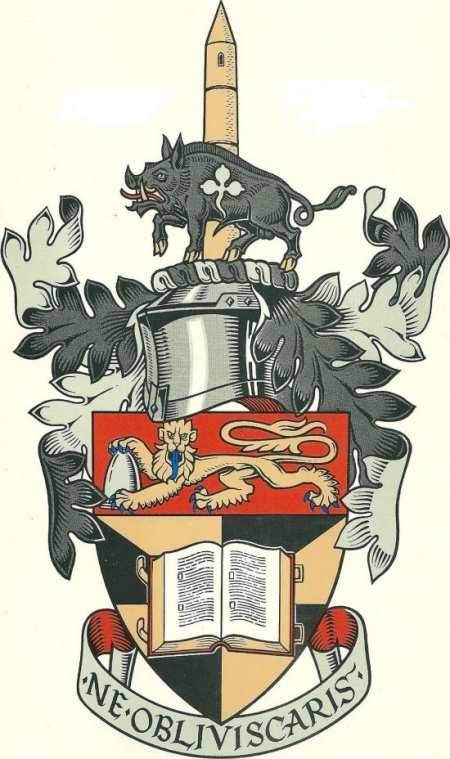 Arms: Gyronny of eight Or and sable, an open book proper, bound gules, edged and clasped gold; on a chief also gules a lion passant guardant of the first supporting with the dexter forepaw an ancient Irish bell argent.
Crest: On a wreath argent and sable, In front of an Irish bell tower Or, a boar passant sable, armed and langued gold, charged on the body with a trefoil slipped argent.
Motto: Ne obliviscaris.

The arms were officially granted on September 30, 1955.