From Heraldry of the World
Your site history : Campinas
Jump to navigation Jump to search 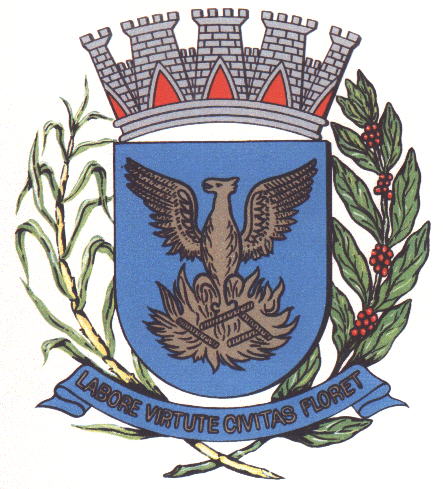 The phoenix symbolises the resurrection and survival of the city after three large disasters; the yellow fever plague, the plundering of the city by dictator Vargas and other plunderings during the Constitutionalist War.

The shield is surrounded by coffee and sugar cane branches, the main agricultural crops in the area.

The motto Labore Virtute Civitas Floret means 'By labour and moral strength the city will prosper'.