From Heraldry of the World
Your site history : Carmel College
Jump to navigation Jump to search 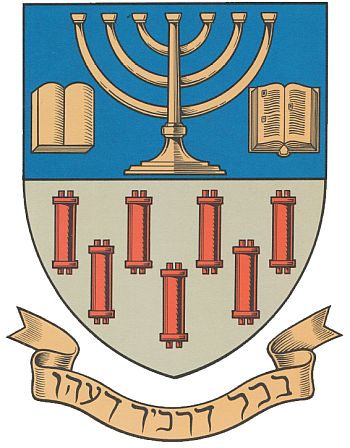 Arms: Per fesse azure and argent, in chief a seven-branched candlestick between, dexter, a stone tablet and, sinister. an open book, all Or and in base seven scrolls of the Law gules.
Motto: (in Hebrew)