From Heraldry of the World
Your site history : Cavanders UK School Badges
Jump to navigation Jump to search 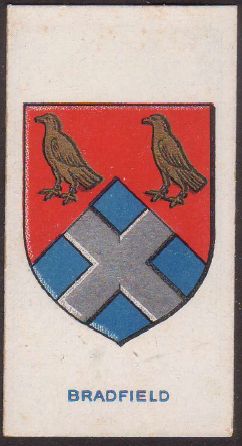 Cavanders was a cigarette company based in Manchester. The company was taken over by Godfrey Philips. The brand disappeared in 1961. The company has issued 41 different series of tobacco cards between 1923-1937, but only one with a heraldic theme. In 1928 a series if 25 cards with school arms was issued, called School Badges. The back of the (unnumbered) cards shows the name of the company as well as the history and favourite sports of the schools.