From Heraldry of the World
Your site history : Central Electricity Generating Board
Jump to navigation Jump to search 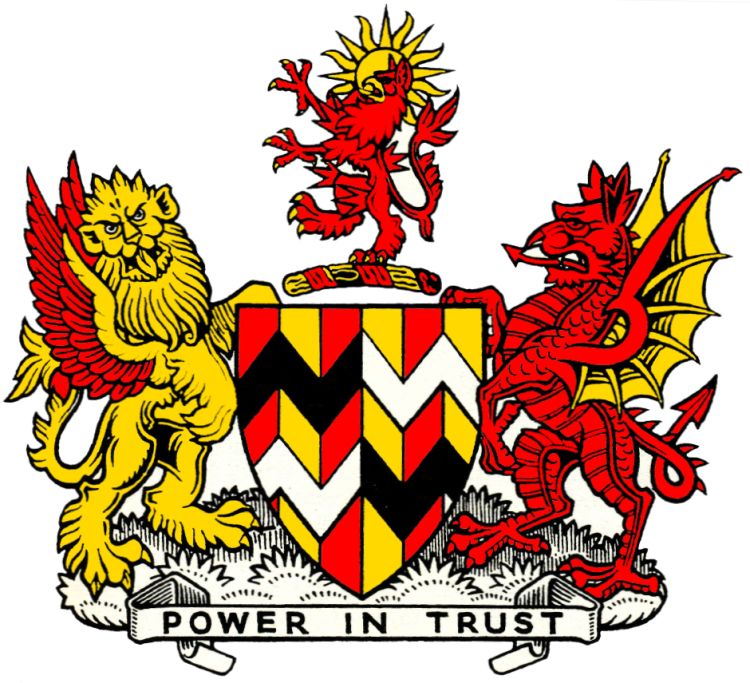 Arms : Paly gules and Or two bars dancetty, the upper per pale sable and argent, the lower per pale argent and sable.
Crest: On a wreath Or, gules and sable A male griffin segreant gules, armed, langued and rayed Or, behind the head a sun in splendour gold.
Supporters: On the dexter side a lion guardant Or, winged gules, and on the sinister side a dragon gules, winged Or.
Motto: Power in trust

The arms were officially granted on November 6, 1958.

If you have any information on these arms Electricity Generating Board mail us !