From Heraldry of the World
Your site history : Central Flying School
Jump to navigation Jump to search 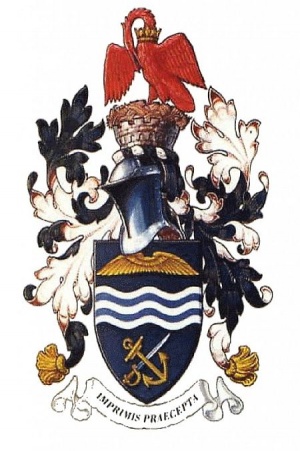 Arms: Sable, on a fesse wavy argent between in chief two wings conjoined and inverted Or and in base an anchor of the third and a sword proper, pommel and hilt gold, in saltire, two bars wavy azure.
Crest: On a wreath of the colours, Upon the battlements of a tower proper, a pelican gules rising from her nest, gorged with a Naval crown.

The arms were officially granted on December 9, 1931.

If you have any information on these arms Flying School mail us !