From Heraldry of the World
Your site history : Centre for Ecclesiastical Heraldry
Jump to navigation Jump to search

The Centre for Ecclesiastical Heraldry is an international, non-denominational and non-profit platform of (amateur) heraldists interested in ecclesiastical heraldry. 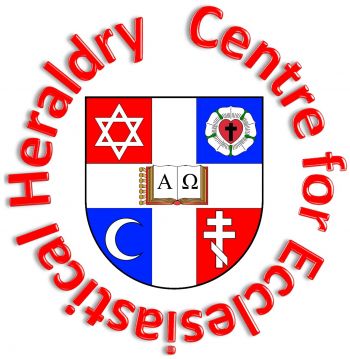 The CEH will help any religious person or organisation in their process of acquiring a coat of arms for him/herself or the organisation. This can be for a parish priest, a deacon, a vicar, a parish, a bishop, a cardinal etc. We work for all major religions and observe the accepted rules and regulations of the respective church and local heraldic authorities (if present).

The CEH is also responsible for the Ecclesiastical heraldry part of the Heraldry of the World website, which aims to create as much awareness and interest of heraldry worldwide.

Why a Centre for Ecclesiastical Heraldry ?

None of the major (Christian) churches, Catholic, Anglican, Orthodox or Lutheran, currently has a heraldic authority, but all have a long heraldic tradition. The ecclesiastical heraldic tradition has developed in the Catholic Church since the 13th century and spread among other religions worldwide. 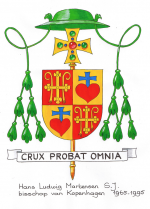 The Catholic Church has some basic regulations for the external ornaments for Bishops, Cardinals and other prelates. But no general guidelines on heraldic design of arms for (parishes, (arch)dioceses or prelates. In some countries a heraldic tradition has developed locally based on local traditions and heraldic authorities, whereas in other countries there are no regulations or guidelines.

The Anglican church also has a longtime heraldic tradition dating from the 16th century, but, like the Catholic Heraldry, has no worldwide rules or regulations. As the Anglican church is primarily based in the UK and Commonwealth countries, heraldic traditions are generally covered by the local heraldic authorities (f.e. College of Arms in England, Lord Lyon in Scotland and the Canadian Heraldic Authority). 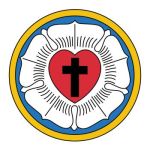 The Lutheran church has no central or general rules on heraldry. In some countries, f.e. Sweden, an proper system of heraldry has been developed based on the national heraldic guidelines, but this is not the case for other countries. 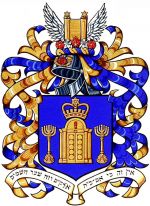 In Judaism very few heraldic examples are known, and in Islam, Hinduism or other Asian religions heraldry is (still) practically absent.

Some examples of pseudo- or (very) poor heraldry, most of which can be redesigned rather easily to a proper heraldic coat of arms with the help of the Centre for Ecclesiastical Heraldry.

- We will advise in designing a coat of arms for any person or organisation of all religions.
- We will provide a design based on the wishes of the client and according to local heraldic regulations.
- The final design will be made available to the bearer by transferring copyrights.
- The design will be free of charge, unless the client requires very extensive work. In these cases a quotation of expenses will be sent beforehand to the client.
- The final design and meaning will be published at Heraldry of the World.
- We will work fully digital, we will not travel to the client, unless really necessary. In those cases the client will bear the travel costs.

We will not:
- Design non-heraldic materials
- Print or produce any material with the coat of arms, we will only make the design
- Register the arms in an official heraldic authority in countries where such is required/advised (UK, Canada..)

The individual members of the platform have a longtime knowledge of heraldry and designing coats of arms for religious and non-religious persons or organisations.

The platform has no formal structure, but when we receive a request, this will be circulated among the members and one or more members take up the project.

Examples of our designs :

If you would like the request the help of the Centre for Ecclesiastical Heraldry, or have your existing arms registered, please contact us at: