From Heraldry of the World
Your site history : Chamber of Shipping
Jump to navigation Jump to search 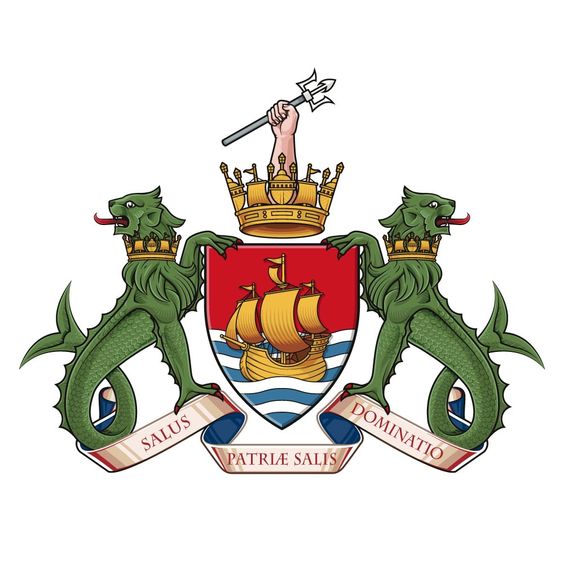 Arms : Per fess wavy gules and harry wavy of eight argent and azure, an ancient ship of three masts in full sail Or.
Crest: Out of a Naval crown Or, a dexter arm, the hand grasping a trident proper.
Supporters: On either side a sea lion reguardant vert gorged with a Naval crown.
Motto: Salus patriae salis dominatio.

If you have any information on these arms of Shipping mail us !