From Heraldry of the World
Your site history : Charing Cross Hospital Medical School
Jump to navigation Jump to search 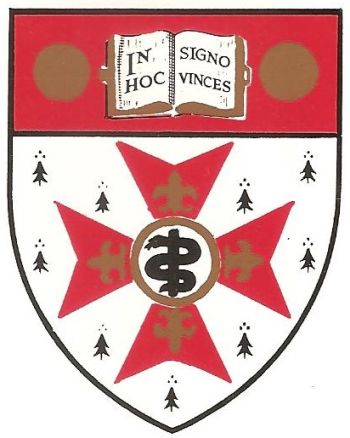 Ermine a Maltese cross gules, thereon on a plate fimbriated Or between four fieurs de lys in cross of the last a rod of Aesculapius sable; on a chief gules between two bezants an open book argent, edged and clasps gold, inscribed with the words IN HOC SIGNO VINCES sable.

The arms were officially granted on September 4, 1934.

If you have any information on these arms Cross Hospital Medical School mail us !