From Heraldry of the World
Your site history : Chartered Bank of India, Australia and China
Jump to navigation Jump to search 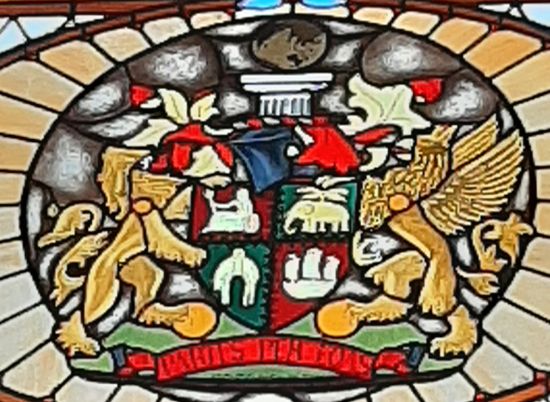 Arms: Quarterly indented gules and vert, in the first quarter a representation of Britannia, in the second in front of a palm tree an elephant statant, in the third a fleece, and in the fourth a Chinese junk in full sail Or.
Crest: On a wreath of the colours, Upon a Doric column couped proper a terrestrial globe Or.
Suppor­ters: On the dexter a lion and on the sinister a griffin proper, each charged on the shoulder with and resting the hind paw upon a bezant.
Motto: Partes per eoas (original: Per mundum orientalem).

If you have any information on these arms Bank of India, Australia and China mail us !