From Heraldry of the World
Your site history : Chester, Wrexham and North Wales Savings Bank
Jump to navigation Jump to search 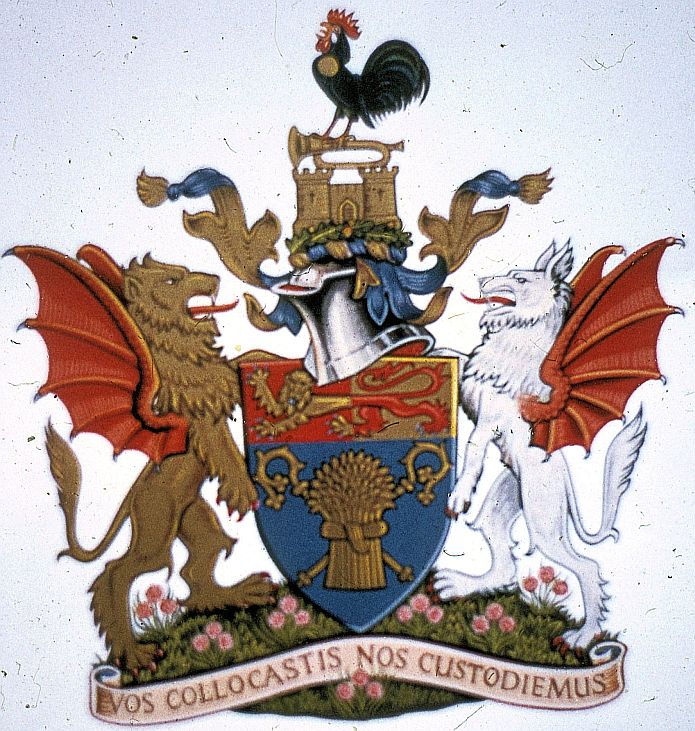 Arms: Azure, in front of two croziers in saltire a garb Or; on a chief per pale gules and gold a lion passant guardant counter­ changed.
Crest: On a wreath of the colours, lssuant from a wreath of oak fructed proper a castle of two· towers Or ensigned with a trumpet fesswise gold, perched thereon a cock sable, beaked, combed, wattled and membered gules, charged upon the breast with a bezant.
Supporters: On the dexter side a lion Or and on the sinister side a wolf argent, each winged with dragon's wings elevated and addorsed gules.
Motto: Vos collocastis, nos custodiemus

The arms were officially granted on November 15, 1960.

If you have any information on these arms Wrexham and North Wales Savings Bank mail us !