From Heraldry of the World
Your site history : Christ's College (Cambridge University)
Jump to navigation Jump to search 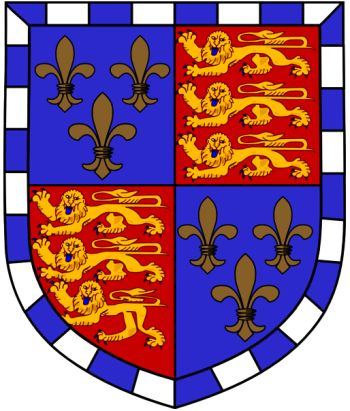 Quarterly, first and fourth, Azure three fieurs-de-lys, two and one, Or; second and third, Gules three lions passant guardant in pale Or; all within a bordure compony argent and azure.

The arms were officially recorded in 1575.

Christ's College and St. John's College were both founded by Lady Margaret Beaufort, mother of Henry VII, the former in 1505 and the latter in 1511. Both bear the Beaufort arms undifferenced : Quarterly France Modern and England within a bordure compony argent and azure.