From Heraldry of the World
Your site history : Clifton College
Jump to navigation Jump to search 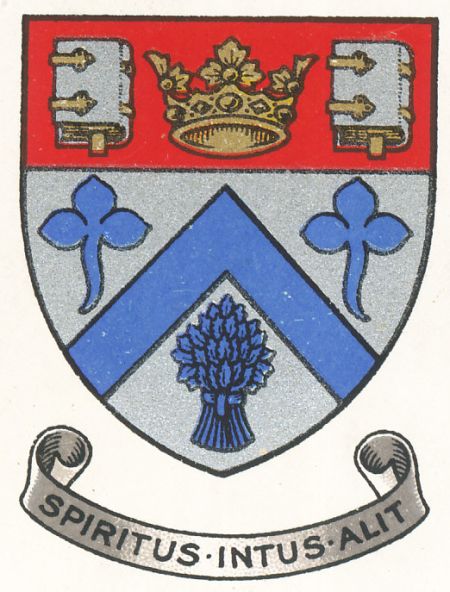 Arms: Argent, a chevron between two trefoils slipped in chief and a garb in base azure; a chief gules, thereon a ducal coronet Or between two books argent, clasped and garnished gold.
Motto: Spiritus intus alit.

The arms were officially granted on April 8, 1895.

The crown in taken from the arms of the Diocese of Bristol, the books are a symbol of learning. The lower half shows ??.

Until 1895 the school used a different design: 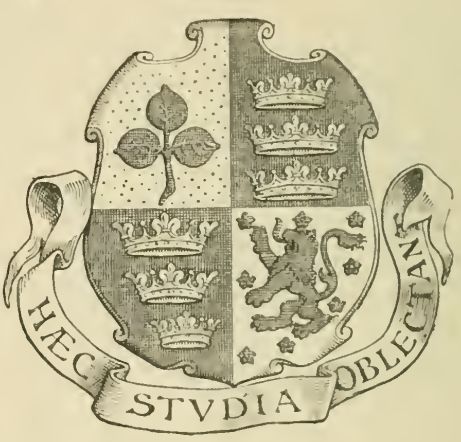 In these arms the three crowns of the Diocese of Bristol are quartered with a trefoil as a symbol for the college, and the arms of the local Clifton family in the fourth quarter. The motto Haec studia oblectant is taken from Cicero's oration for the poet Archias.