From Heraldry of the World
Your site history : Co-operative Permanent Building Society
Jump to navigation Jump to search 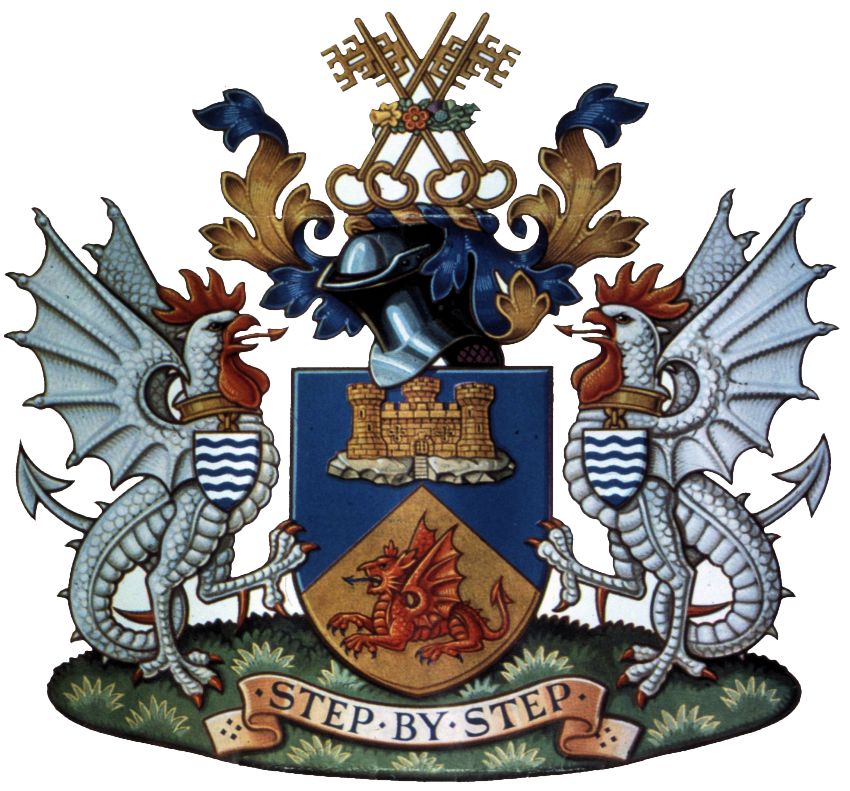 Arms: Per chevron azure and Or, in chief on a rock proper a castle triple-towered gold, and in base a dragon couchant, wings lifted and addorsed, gules.
Crest: On a wreath of the colours, Four keys, wards upwards and outwards, in saltire Or en: filed by a chaplet of daffodils proper, roses gules, and thistles and shamrocks also proper.
Supporters: On either side a cockatrice argent, combed wattled and armed gules, each gorged with a collar Or, pendent therefrom an escutcheon barry wavy of ten also argent and azure.
Motto: Step by step

The arms were officially granted on September 27, 1954.