Coast Defenses of Portland, US Army

From Heraldry of the World
Your site history : Coast Defenses of Portland, US Army
Jump to navigation Jump to search

COAST DEFENSES OF PORTLAND, US ARMY 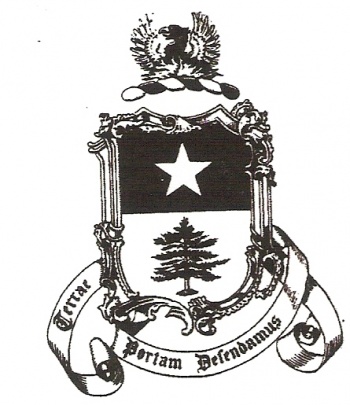 Shield: Per fess gules and argent, in chief a star of five points argent and in base a pine tree proper.
Crest: a Phoenix issuant purpure winged or.
Motto: Terrae Portam Defendamus = We defend the land gate (or port).