From Heraldry of the World
Your site history : Coast Defenses of Puget Sound, US Army
Jump to navigation Jump to search 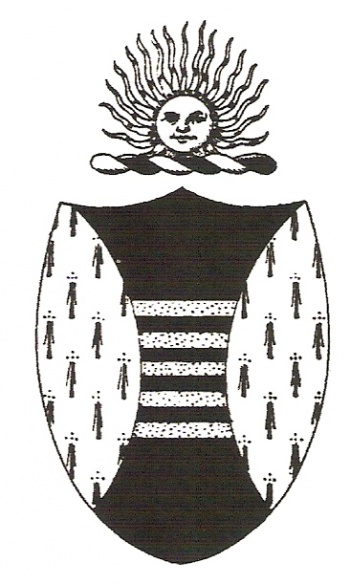 The Field is red with flaunches ermine and five fesses of gold. The Flaunches symbolises the Sound, and the fesses symbolises the five fortifications which bar the Sound to an Invader. The Crest is a Sun in splendor whch was the Crest of Lieutenant Peter Puget of the Royal Navy one of the Officers of Captain Vancouver, and after which the Sound was named.