College of Anaesthetists of Ireland

From Heraldry of the World
Your site history : College of Anaesthetists of Ireland
Jump to navigation Jump to search

COLLEGE OF ANAESTHETISTS OF IRELAND 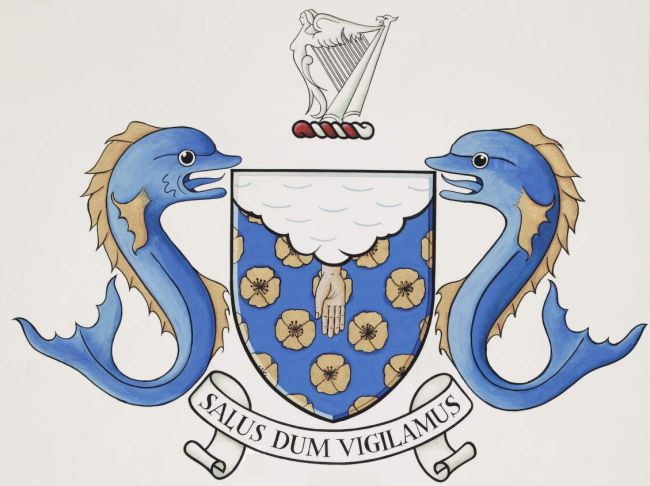 Azure, semée of poppy heads or a dexter hand appaumé issuant from a clooud in chief proper, and for a Crest : a harp bearing the representation of Nike argent, and with the Motto: Salus dum vigilamus, and with the following Supporters: two dolphins azure, finned or.

The arms were officially granted on November 1, 1999.

he dolphin supporters are borrowed from arms associated with the MacDonnells in recognition of the pioneering work of John MacDonnell, a surgeon at the Richmond Hospital, who first used ether on a patient in 1847.