From Heraldry of the World
Your site history : College of Arms
Jump to navigation Jump to search 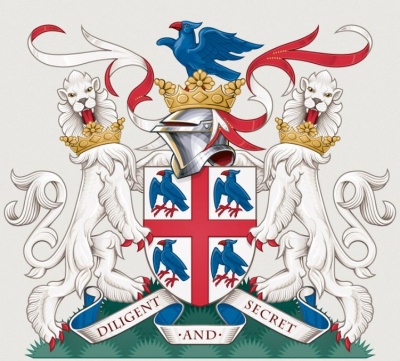 Argent, a cross gules between four doves, the dexter wing of each expanded and inverted, azure.
Crest: On a ducal coronet Or, a dove rising azure. Mantled gules, doubled argent.
Supporters: On either side a lion guardant argent, ducally gorged Or.
Motto: Diligent and secret.

If you have any information on these arms of Arms mail us !