Company of Cutlers in Hallamshire

From Heraldry of the World
Your site history : Company of Cutlers in Hallamshire
Jump to navigation Jump to search

COMPANY OF CUTLERS IN HALLAMSHIRE 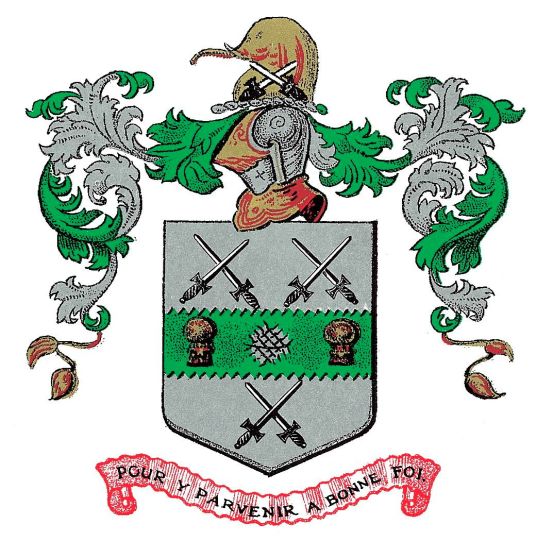 Arms : Argent, on a fess in­dented vert between three pairs of swords in saltire proper, pommels and hilts sable, eight arrows interlaced saltirewise banded of the field between two garbs Or.
Crest: On a wreath of the colours, In front of an elephant's head couped Or two swords in saltire as in the Arms.
Motto: Pour y parvenir a bon foi.

If you have any information on these arms of Cutlers in Hallamshire mail us !