Company of Merchant Adventurers of the City of York

From Heraldry of the World
Your site history : Company of Merchant Adventurers of the City of York
Jump to navigation Jump to search

COMPANY OF MERCHANT ADVENTURERS OF THE CITY OF YORK 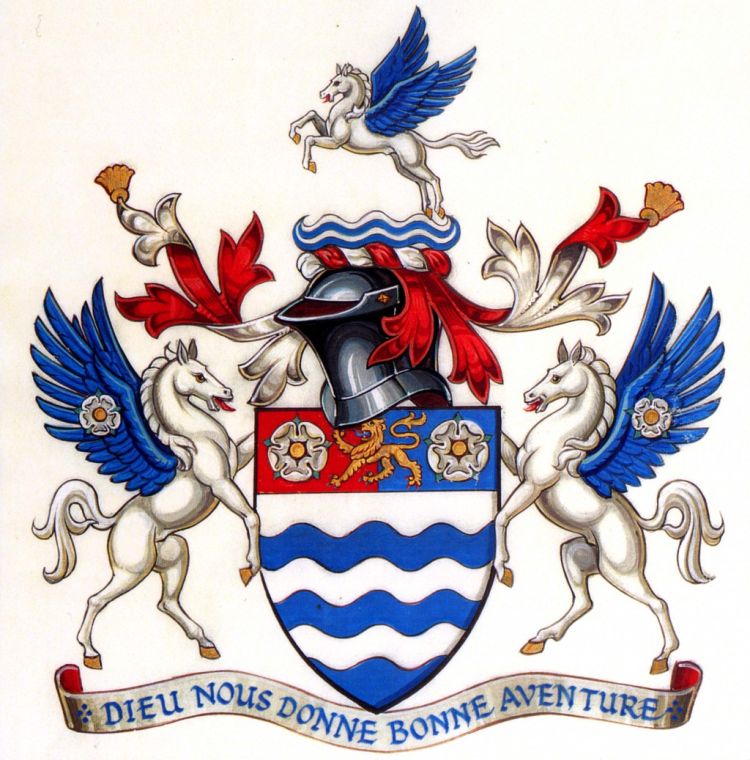 Arms: Barry wavy argent and azure, on a chief per pale gules and azure a lion passant Or between two roses argent barbed and seeded proper.
Crest: On a wreath argent and gules, Leaping from water barry wavy argent and azure, a pegasus argent winged azure hooved Or.
Supporters: On either side a pegasus argent, hooved Or, the wings azure, each charged with a rose argent barbed and seeded proper.
Motto: Dieu nous donne benne aventure.

If you have any information on these arms of Merchant Adventurers of the City of York mail us !