Company of Watermen and Lightermen

From Heraldry of the World
Your site history : Company of Watermen and Lightermen
Jump to navigation Jump to search

COMPANY OF WATERMEN AND LIGHTERMEN 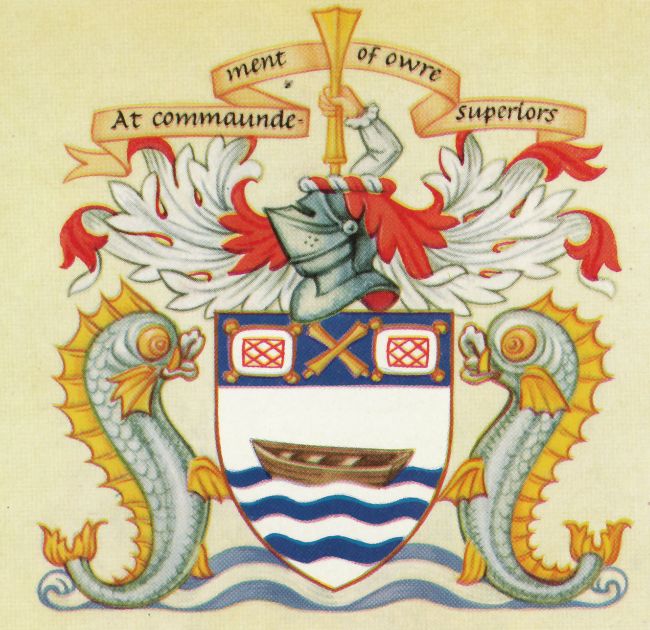 Arms: Argent, in base barry wavy of six azure and argent, a boat proper; on a chief azure two oars in saltire Or between two cushions argent fretted gules trimmed argent tasselled Or.
Crest: On a wreath argent and gules, A dexter arm embowed vested argent, holding in the hand proper an oar erect Or.
Supporters: On either side a dolphin haurient argent, finned, eyed and tusked Or.
Motto: At commaundement of owre superiors.

The arms were officially granted on September 18, 1585.

If this text appears, it means that I have not yet had the time to add the information on these arms. Just of Watermen and Lightermen mail me and I will add all information that I have !