Convocation of Episcopal Churches in Europe

From Heraldry of the World
Your site history : Convocation of Episcopal Churches in Europe
Jump to navigation Jump to search

CONVOCATION OF EPISCOPAL CHURCHES IN EUROPE 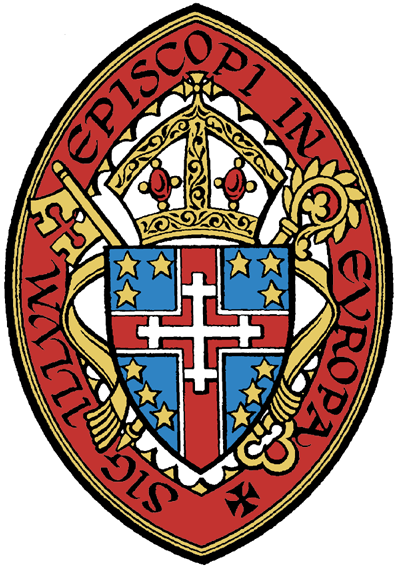 Azure a Cross gules fimbriated and charged with a cross crosslet argent and twelve mullets fesswise in orle or.

The Stars are from the Flag of the Council of Europe, the Red and the White Crosses represents the Episcopal Church. The Arms was designed by Derk Kinnane-Roelofsma.