From Heraldry of the World
Your site history : Corpus Christi College (Cambridge University)
Jump to navigation Jump to search 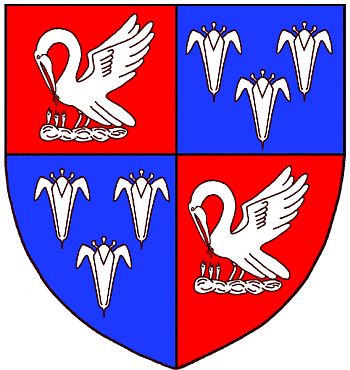 Quarterly gules and azure, in the first and fourth quarters a pelican in its piety, and in the second and third three lily flowers slipped and leaved all argent.

The arms were officially granted on December 23, 1570.

Corpus Christi College was founded in 1352 by the Cambridge Guild of Corpus Christi and the Blessed Virgin Mary. The arms thus show a pelican in its piety (for the body of Christ, Corpus Christi) and in the second and third three lily-flowers slipped and leaved all argent as a symbol for St. Mary.