From Heraldry of the World
Your site history : County Badge Collection
Jump to navigation Jump to search 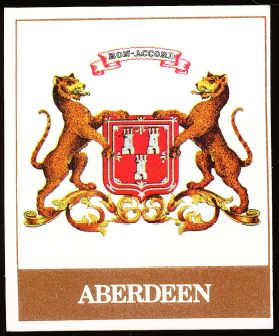 The series has been issued by several companies in the UK. The front of the cards was the same. The reverse shows a description of the arms and the logo of the company. The descriptions are identical for the companies.

(shown only the Lyons Maid series)