From Heraldry of the World
Your site history : Cranfield University
Jump to navigation Jump to search 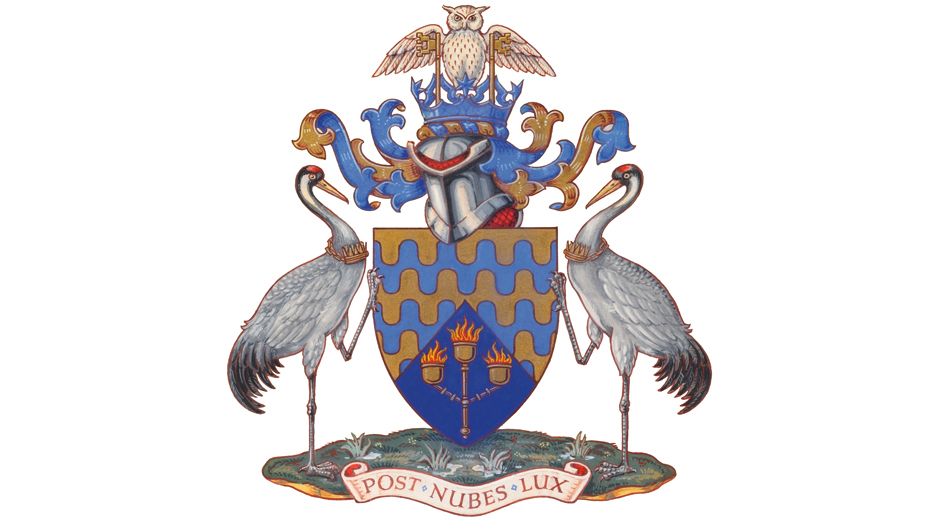 The ‘bars undy wavy’ in chief are intended in combination with the cranes to allude to the University's name, Cranfield, which etymologically derives from ‘Cranuc-feld’ meaning a field frequented by Cranes.

The three-branched torch in the base refers to learning and knowledge in the sciences of Engineering, Technology and Management.

In the Crest, the Astral Crown alludes to the College of Aeronautics and also commemorates The Lord Kings Norton as Chancellor, having regard to his contribution to the development of aeronautical research and his links with the College.

The Keys are intended to signify the gaining of knowledge by study and instruction and the Owl, with its wings expanded, may also be taken to represent knowledge in the widest sense.

Literature: Image and info from https://www.cranfield.ac.uk/about/history-and-heritage/the-arms-of-the-university