From Heraldry of the World
Your site history : Cruiser USS Princeton
Jump to navigation Jump to search 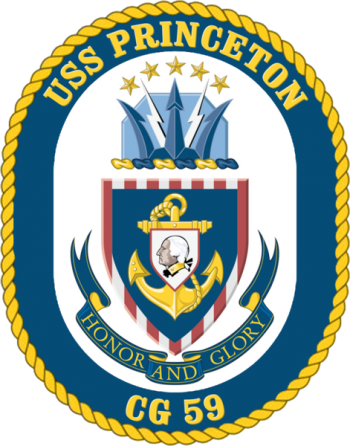 The Thirteen red and White Stripes are from the the first US Flag and symbolises the Union of the Thirteen Colonies. The Head of George Washington symbolises His leadership which led to the American Victory in the Battle of Princeton in 1777. The Anchor symbolises US Naval tradition. The Crest symbolises the Weapons system of the Cruiser, the Five stars represent the previous ships named for the Battle.