From Heraldry of the World
Your site history : Davenant Foundation School
Jump to navigation Jump to search 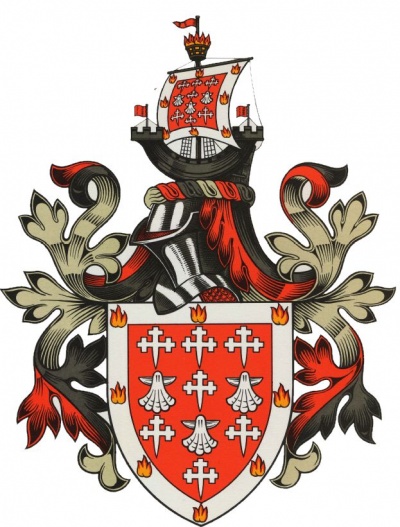 Arms: Gules, three escallops between seven cross crosslets fitchee, three, one, two, and one, argent, within a bordure of the same charged with eight lows of flame proper.
Crest: On a wreath argent, gules and sable, A lymphad sable, pennons and flags flying gules, at the masthead a beacon enflamed proper, the sail charged with the Arms.

The arms were officially granted on November 9, 1961.

If you have any information on these arms Foundation School mail us !