From Heraldry of the World
Your site history : Dean Close School
Jump to navigation Jump to search 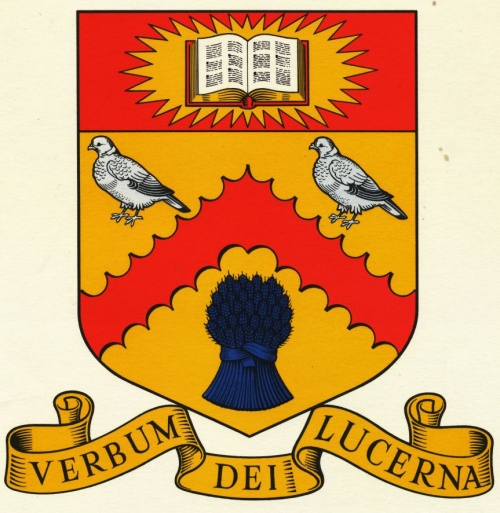 The chief, chevron and pigeons are taken from the arms of the Cheltenham Borough Council, although the chief in the Cheltenham arms is azure (blue), not gules.
The pigeons represent the legend of the discovery of the mineral waters to which Chiltenham owed its rise as an inland watering place. These waters are said to have been revealed because flocks of pigeons resorted to a saline spring which rose to tihe surface.

The open Bible with the golden rays is a reference to the motto, and the garb comes from the arms of the Close family (the school was founded by Francis Close in 1884), which were: Vert, a chevron argent between three garbs or. In the School arms, the colour was changed to blue.