From Heraldry of the World
Your site history : Deutsche Städtewappen - Saarlautener Zigarettenfabriken
Jump to navigation Jump to search 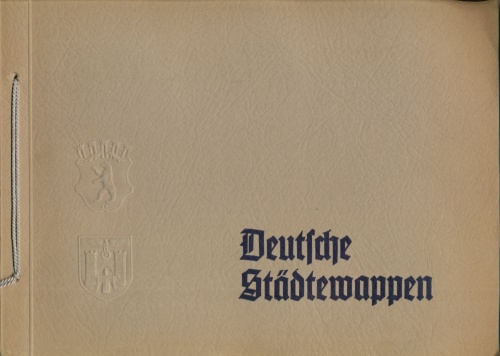 The album was published by the advertising unit for three tobacco companies in Saarlautern/Saarlouis, the Jyldis, Orient and Egyptia factories.

The album is unique as the small (3x3 cm) arms are not printed on paper, but embossed on leather without colour or in silver or black. As many types of leather have been used, there are a lot of colour variations. Each individual album contains a mixture of colours for the arms, as people collected them randomly.

There are a few image variations known, for example München is known with and without a swastika. 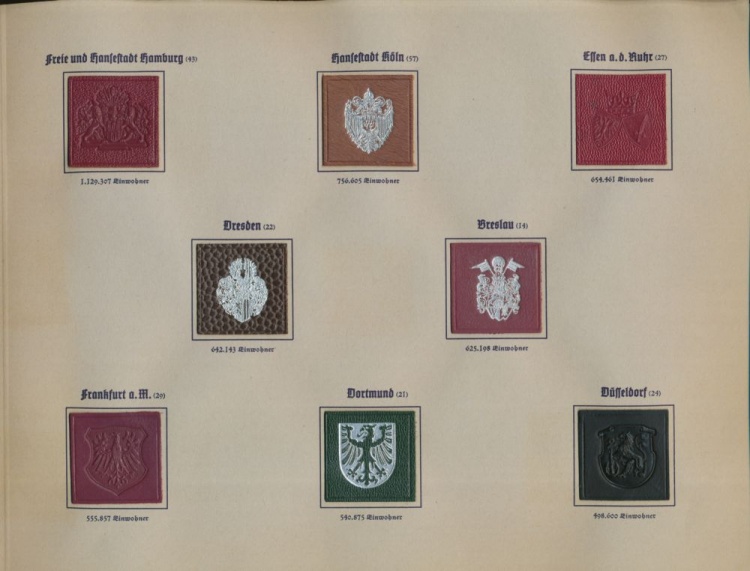