From Heraldry of the World
Your site history : Die Wappen der Heimat
Jump to navigation Jump to search 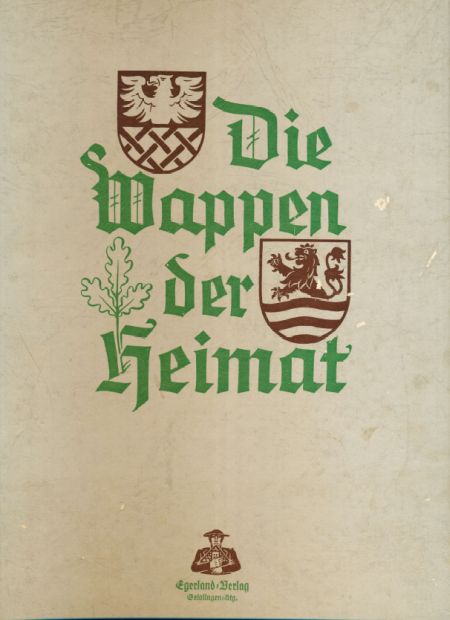 This album was issued in 1955 by the association of the Egerland, an area that was mainly inhabited by Germans until 1945, and became part of Czechoslovakia in 1918 and again after WWII. It was annexed by Germany from 1939-1945.

The album consists of 15 loose pages, with on each page several town arms of the region and on the reverse the background of the arms. The last pages show the arms of (West-)German cities, where conventions of former Egerlanders were held, or of towns that had adopted a town in the former Egerland.

The stamps were printed in a single long sheet, see image below (click on picture to enlarge). 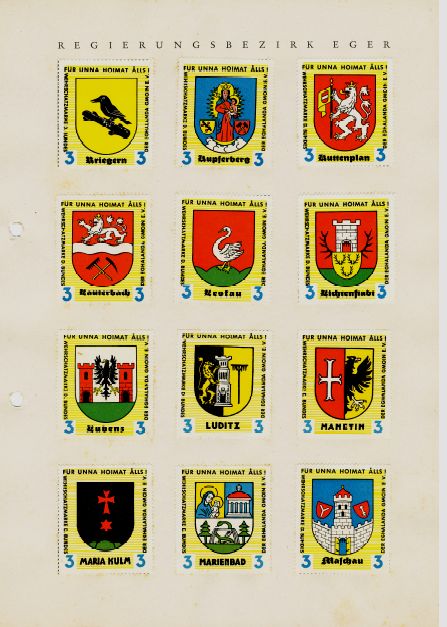 Additional map to the album (click on picture to enlarge): 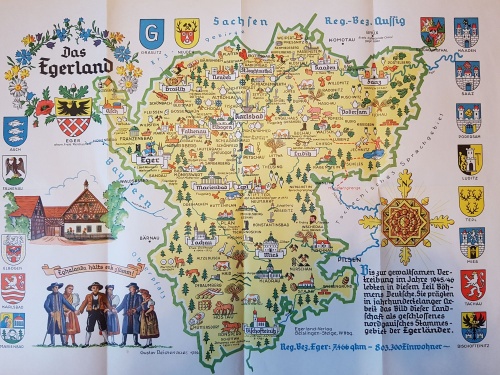 The whole album as pdf (File:Cz-egerland.pdf), including sheet and map in higher resolution.

All images of the album: