From Heraldry of the World
Your site history : Diocese of Altoona-Johnstown
Jump to navigation Jump to search

Established : 1901 as Diocese of Altoona
Since 1957 as Altoona-Johnstown 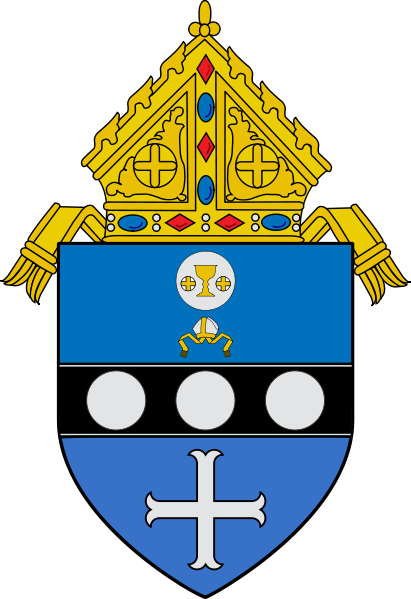 The black bar charged with the three silver discs is taken from the arms of William Penn, founder of the Commonwealth of Pennsylvania, one of the original 13 colonies.

The cross in the lower half is one of the quarterings of the Prince Gallitzin, of Russian nobility. Bishop Carroll, America´s first shepherd, assigned Father Gallitzin to Loretto, Pennsylvania, as pastor in March 1799. The Russian prince spent 41 years developing the area spiritually and industrially, thus gaining the title of "The apostle of the Alleghenies".

Arms of Bishops of Altoona

Arms of Bishops of Altoona-Johnstown