From Heraldry of the World
Your site history : Diocese of Beaumont
Jump to navigation Jump to search 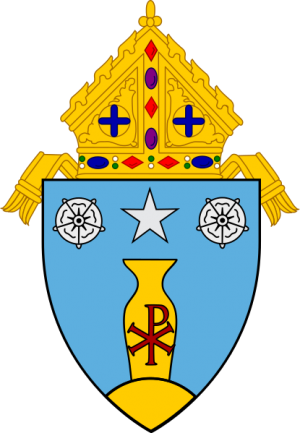 The blue field with the golden hill are canting, the name means "beautiful hill." The golden vase charged with the Greek letters "X" (Chi) and "P" (Rho) signifies an oil vial, such as would be used to store the sacred oils that are used in the administration of the sacraments. the XP stand for Christus Rex (Christ the king). The vase also refers to the vast reserves of oil that constitute the basis for the region's best-known industry .