From Heraldry of the World
Your site history : Diocese of Charleston
Jump to navigation Jump to search 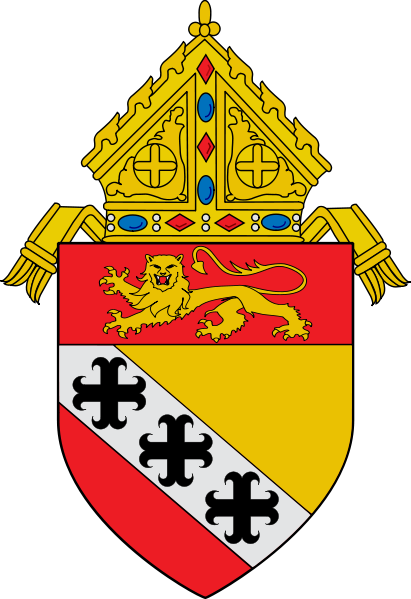 Per bend or and gules, on a bend argent three crosses moline palewise sable, on a chief of the second a lion passant guardant of the first langued of the second.

The arms are based on thosee of Pope Pius VII who established the See on July 20 1820. The pope was a member of the Chiaramonti family which bore a shield diagonally divided. Because Pius VII was a Benedictine monk the Diocese displayed in his arms three crosses moline, symbols of that ancient Order.

To commemorate the See, named in honor of King Charles II of England, a golden lion of this sovereign is displayed on a red chief. This majestic beast is also a heraldic pun on the name of the founding bishop John England inasmuch the golden lion ´passant guardant´ on a red field, is known as the ¨Lion of England¨.

Literature : Image from Wikipedia by Alekjds