From Heraldry of the World
Your site history : Diocese of Eau Claire, Wisconsin
Jump to navigation Jump to search 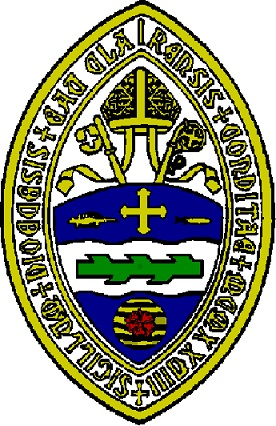 Azure , on a fess wavy argent a staff raguly fesswise vert; per chief a cross patonce or between a badger passant (dexter) and a fish natant (sinister) both of the second; per base,a fountain charged with a rose gules barbed and seeded proper.