From Heraldry of the World
Your site history : Diocese of Evansville
Jump to navigation Jump to search 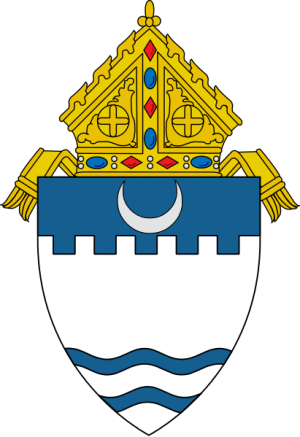 The embatteled division line represents the original Fort Vincennes, established as a trading post, which suggests that the diocese derives from historic Vincennes, Indiana, and that the Catholic Faith is a mighty fortress.

The two waves at the bottom of the shield represent the waters of the Wabash and Ohio Rivers. The Wabash forms the western boundary of the diocese, and the Ohio forms its southern boundary. Spritually the waves represent the cleansing waters of Baptism.