From Heraldry of the World
Your site history : Diocese of Fairbanks
Jump to navigation Jump to search 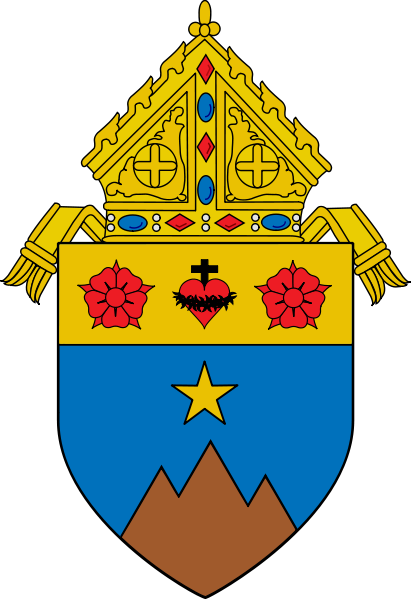 The North Star on a blue field over the mountains of Alaska refers to the geographical position of the diocese.

In the chief, between two red roses on a field of gold, is the Sacred Heart of Jesus, titular symbol of the Diocese of Fairbanks’ Cathedral. This commemorates the consecration of Alaska to the Sacred Heart by the late Archbishop Charles-Jean Seghers of Victoria, which then included the territory of Alaska, on Easter Sunday, 1874. The roses, representing St. Therese of Lisieux, Patroness of the Alaska Missions, recall her promise, "After my death I will let fall a shower of roses."

Arms of Apostolic vicars and prefects

Literature : Info from the Diocese of Fairbanks