From Heraldry of the World
Your site history : Diocese of Guildford
Jump to navigation Jump to search 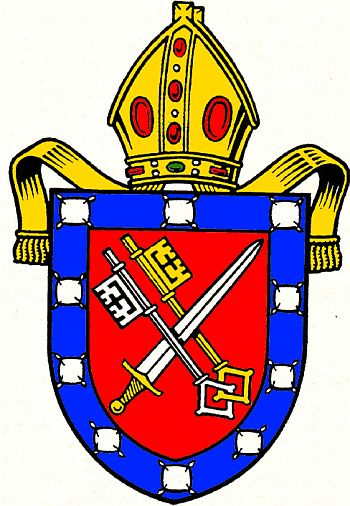 Gules, to keys conjoined, wards outwards, in bend, the uppermost Or, the other argent, a sword of the third, pommelled and hilted of the second, inter­ posed between them in bend sinister, all within a bordure azure charged with ten woolpacks also argent.

The arms were officially granted on September 30, 1927.