From Heraldry of the World
Your site history : Diocese of Jefferson City
Jump to navigation Jump to search 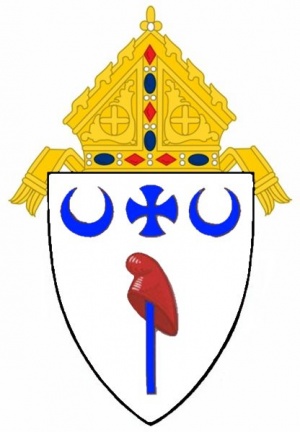 The red Phrygian cap honors president Thomas Jefferson for whom the diocesan city is named. The Phrygian cap became a mark of the patriots during the French Revolution. President Jefferson and other writers of the Declaration of Independence proposed including the symbol in the nations official seal.