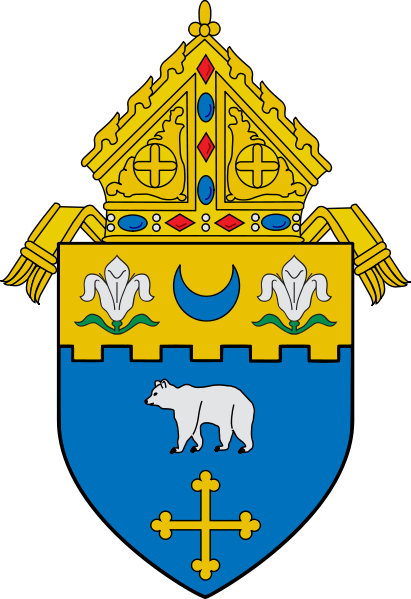 Azure a bear passant argent above a cross botonny or; on a chief embattles or a crescent azure between two white lilies proper.