From Heraldry of the World
Your site history : Diocese of Lichfield
Jump to navigation Jump to search 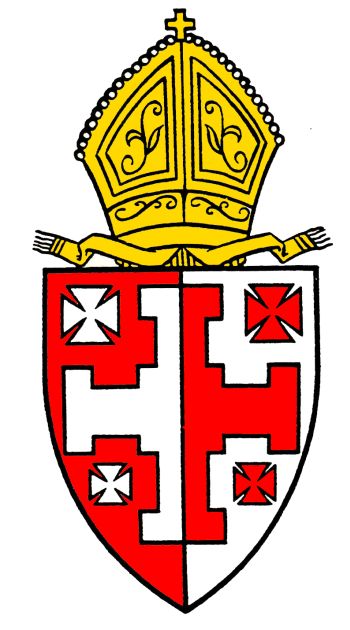 Party per pale, gules and argent, a cross potent and quadrate in the center between four crosslets patee of the second and or.

The arms show the Cross of St. Chad, the patron saint of the diocese. Lichfield was made the episcopal see by St. Chad (Ceadda) in 669.

The earliest seal on which arms are found for the diocese is that of William Booth (1447-1452) where only a cross potent is seen as the diocesan arms.