From Heraldry of the World
Your site history : Diocese of Orlando
Jump to navigation Jump to search 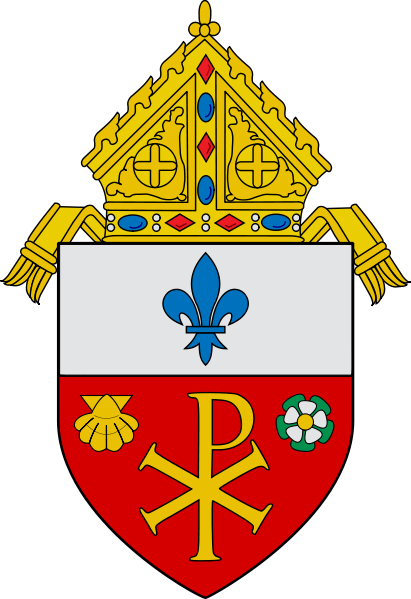 The main colors red and gold recall the colors of the flag of Spain, for it was missionaries from that country who first brought the Gospel to Florida. The Chi-Rho symbolizes Chrsit the Son of God and centre of all Christian faith.

The shell stand for the Apostle Saint-James the Greater, patron of the cathedral. The orange blossom indicates the the nine counties of the diocese are centered around Orange County.

The blue fleur de lis on argent stand for the Blessed Virgin Mary, mother of God, patron of the diocese of Orlando.