From Heraldry of the World
Your site history : Diocese of San Diego
Jump to navigation Jump to search 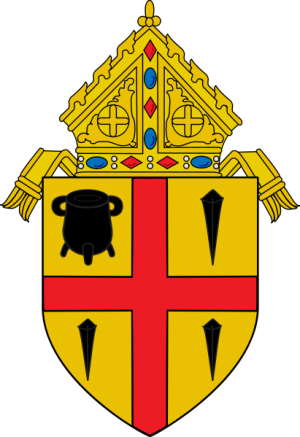 The whole shield describes San Diego (St. Didicus in Latin), the dioceses patron saint. Diego was born to Spanish parents shortly before the year 1400. His love for poverty never left him. As a Franciscan brother he was a selfless servant of the poor and was known to heal the sick with the Sing of the Cross, the centre piece of the arms (in the Spanish colors).