Diocese of San Jose in California

From Heraldry of the World
Your site history : Diocese of San Jose in California
Jump to navigation Jump to search 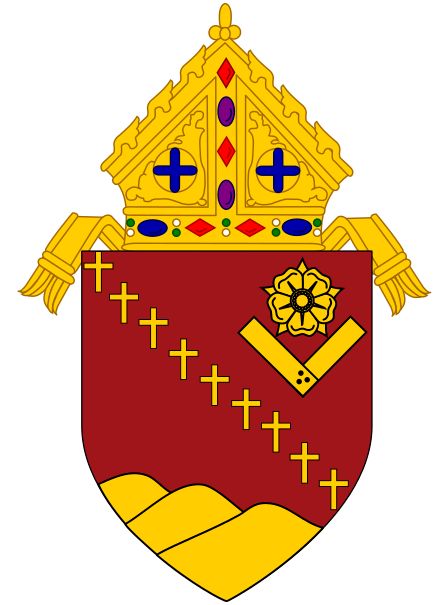 The arms show symbols showing California roots, the Santa Clara Valley and the City of San Jose; a diagonal band of Latin crosses represents the missionary tradition of the area (21 California Missions) of which Santa Clara de Asis (1777) is one.

The symbols also represent the Archdiocese of San Francisco from which the Diocese of San Jose was founded in 1981; the rose, emblem of Mary (Our Lady of Guadalupe); a carpenter's square represents the diocese's patron, St. Joseph; and mountains represent the Santa Clara Valley.